The autumn fish species are robust and easy to adapt to the cage environment. At the same time, the heavy water caisson winter, not only the fish weight consumption than the pond overwintering less, but after the spring from the box, about 5 degrees Celsius fish began to eat, the growth period than the spring into the box The fish is prolonged for one month. The fish grows fast and the yield increases significantly. The wintering operations of fish species into the box in the fall are as follows:

Into the box 7-10 days before entering the box, the fish will be placed in the water without damage to the double cage, so that the cage can be attached to a layer of algae or sediment material, and then put the fish to reduce the new cage The chance to scrape fish. The fish species are fed into the tank for a period of time so that the injured parts of the fish species can be recovered in a timely manner during catching and transportation, and the occurrence of fish diseases due to infection can be reduced.

Before the winter caisson caisson winter caisson must be fed until the fish do not eat (water temperature 5-6 degrees Celsius), to ensure that the species before the winter is a healthy body, do not cause premature dehydration caused by declining fish. The sinking time of the cage is controlled at about 4 degrees Celsius. At this time, the temperature above and below the water body is basically the same, and the convection of the upper and lower layers is over. When the fish sinks, it will not cause unrest due to changes in the water layer.

In agriculture, Estrous Synchronization is used (particularly in the dairy and beef industries) to facilitate breeding by artificial insemination. We have Progesterone Injection, Cloprostenol Sodium Injection and Testerone Propionate Injection and Estradiol Benzoate to solve farmers' different difficultites in aninal 's estrous synchronization. 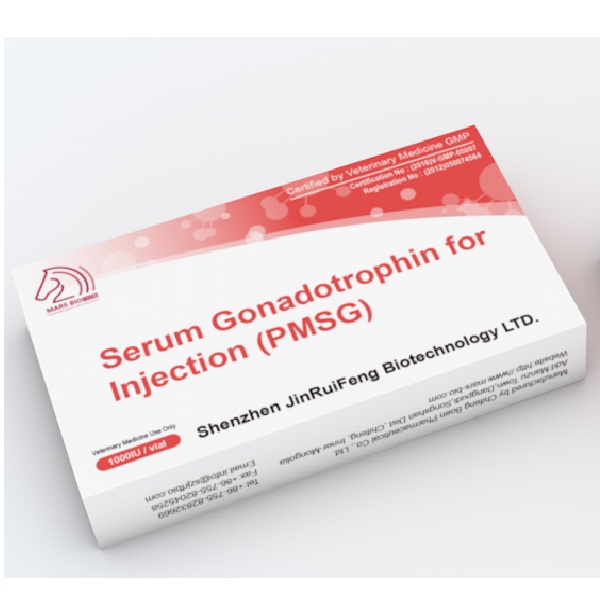