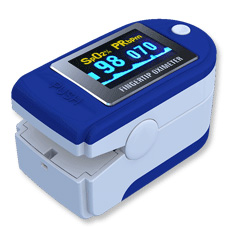 At 13:00 on the 2nd, the Ganbala radar station in Tibet reported to the Lhasa command post that the three-level sergeant Wang Shengquan, who was on duty in the frontline, suddenly suffered from cold, difficulty breathing, and white foam when he coughed.

According to the relevant person in charge of the command center, the Ganbala radar station is 5374 meters above sea level, and it is the worldâ€™s highest human-controlled radar station. In winter, the oxygen content is only about 40% of that in the interior. The officers and soldiers do not pay attention to it easily and cause altitude sickness.

Zhang Gang said that because the Air Force radar stations are mostly built on high mountains more than 4,000 meters above sea level, there are no military doctors stationed. In the past, the officers and soldiers were sick and were taking medications from their standing medicine boxes. They often dragged on by illness and dragged on. Therefore, every time when the officers and soldiers have reported cases, they cannot be ignored.

Along the meandering winding road, off-road vehicles rushed toward the radar station. Before reaching the mountainside covered by white clouds, the reporter felt difficulty in breathing and his head cracked.

At 1445 hours, off-road vehicles arrived at the foot of the Gambala radar. From here to the camp of officers and soldiers, there are 84 steep steps. Although there were only 84 levels, everyone breathed in when we used the "climbing" for 5 minutes.

At 15 o'clock, Zhang Gang used the telemedicine consultation system on the Ganmbara position after initial diagnosis and treatment of Wang Shengquan to connect the Doctor Gao Jun regiment of the Telemedicine Department Telehealth Center at the other end of the network. The reporter witnessed the rapid and efficient use of telemedicine.

In the telemedicine consultation room with standing medicine cabinets, oxygen tanks, and medical beds, Zhang Gang sat in front of a computer equipped with a camera and introduced the conditions of Wang Shengquan to the high doctor in another screen through a voice microphone. The temperature of the patient was 38.6 degrees Celsius, the high pressure was 146 millimeters of mercury, and the low pressure was 90 millimeters of mercury. He had a headache, and his body was weak. He could not lie down flat. He had initially diagnosed the cold and had given the patient oxygen and rest and took pain relief drugs and antibiotics.

Gao Gangtuo told Zhang Gang after asking about Wang Shengquan's condition that the current treatment is more appropriate, but Ganbalaâ€™s elevation is too high. After the cold, it is easy to cause high altitude pulmonary edema. Patients must take a rest in a semi-recumbent manner and take more oxygen than usual. Increase, immediately infusion with anti-inflammatory drugs, such as the condition has not improved in time to send low-altitude hospital treatment.

After Wang Shengquan was escorted from the telemedicine consulting room by his comrade-in-arms, out of curiosity about telemedicine, reporters who had been on the edge consulted the Gao Juntuan: â€œIâ€™ve been to Lhasa for two days, despite taking some preventive medicine, Obviously I don't feel comfortable with the environment here. I have been sleepless for two consecutive nights. I have trouble breathing and I have a bad headache. What should I do?"

At this time, Zheng Xuexiang, Minister of Air Logistics, who had just arrived at the telemedicine center, heard the message that the soldiers were ill, and took the words: â€œYou are now a normal altitude sickness. People who have just reached the plateau will have this kind of situation. I It has been to the Tibetan plateau five times, the longest time in nearly a month; two times to the Ganbala position, each reaction is similar to yours, and it will be better to adapt to a week or so."

The reporter asked: â€œTelemedicine really helps treat the officers and soldiers, but the Air Force stationed in the radar positions and navigation stations as many as dozens. How can the health of the officers and men there be protected?â€

Zheng Xuexiang said: â€œThis is exactly the issue we have been considering. In studying and implementing the spirit of the 18th National Congress of the Party, the party committee of the Aeronautical Logistics Department decided to find ways to raise funds and build the troops stationed at a distance of more than 3000 meters above sea level in the region as soon as possible. The telemedicine consultation system effectively safeguards the health of officers and men."

When leaving the position of Ganbala radar station, the reporter followed Zhao You to visit the Wang Shengquan who was being treated. Wang Shengquan, who has been stationed on the position for 17 years, told reporters that in 1988, a soldier at Ganbala radar station was sacrificed on the battlefield because of untimely treatment. â€œNow with telemedicine, I have good health for myself. There is not much worry, but the concern of the superior organizations is deeply felt. This gives us no reason not to defend the worldâ€™s highest radar position.â€