Corn leaf spot disease: Generally, the amount of rainfall in July was positively related to the incidence of leaf spot disease. When the diseased plant rate reached 70%, the diseased leaf rate began to develop from the bottom up; the rainfall was early and the diseased plant rate increased. Early; and vice versa. When the diseased plant rate is 70% and the diseased leaf rate is 20%, an outbreak occurs in about 15 days after a moderate to heavy rain. When the diseased plant rate is 100% and the diseased leaf rate is 30%, it will be prevented and treated again when it encounters rainy weather. One or two diseased leaves at the bottom of the corn were first removed and concentrated; 50% carbendazim or 70% thiophanate 500 times, 800 times mancozeb, or 50% diuretic 500 times. Maize big spot disease: Select the local planting varieties and the growing corn field and take five sampling points to check the number of diseased plants, the number of leaves per plant and the severity of each plant. When the general disease rate reaches 100% and the diseased leaf rate is 30%, there is a rainfall process and prevention can be carried out. Can be sprayed with 12% green milk copper, or 25% of the enemy off 2000 times, or 40% of Wei Wei suspension emulsion 1000 times or 80% of new Wansheng 700 times. Corn round spot disease: Select susceptible varieties, take five sampling points, check 10 strains at each point, check the diseased plant rate and the number of diseased leaves per plant. In general, the control of sprayed fruit is used to prevent and cure spraying, with 25% Triadimefon 500--800 times liquid. Corn smut: The disease should be removed promptly. Maize Virus Disease: There is corn rough contraction and dwarf mosaic disease (flower mosaic streak disease). The virus is transmitted by the insects of Laodelphax striatellus and aphids. The number of planthoppers and aphids in the field is closely related to the number of weeds in the field. However, the number of SBPH and aphids that are poisoned is related to the severity of wheat bush dwarf disease. Therefore, the degree of occurrence of corn virus disease can be judged based on the occurrence degree of wheat bush dwarf disease. The main prevention and control is to eliminate weeds and pests to prevent serious corn virus disease. In field investigations, suspicious diseased plants were found and should be immediately removed and sprayed with anti-virus agents such as 25% virus A 500-fold, or 5% virulent clearance + Tianfengsu + zinc fertilizer, or 25% virus king. Corn borer: pay attention to hatching progress of eggs and larvae damage in the field, and seize the key period to prevent and control granules in the first generation of corn mash. Bt emulsion can be used to make granules or use 1605, phoxim EC to make granules, or Beauveria bassiana granules, or 3% for Lehr granules, or 98% Bataan soluble powder granules made into corn Inside the bell, kill the newly hatched larvae. Corn Moth: Mainly harmful to the corn field. The number of eggs and larvae on 100 strains was investigated in late July. When 500 eggs were found to have 2 eggs, or when the ear of the bite was more than 15%, they were immediately treated. The newly hatched larvae of the larvae have a concentrated hazard. After the corn has been larvae, the larvae have more larvae, which can be organized by artificial insecticides or by spraying.

Chunmee is one of the treasures of Green Tea. Also is the world's tea treasures, The shape is tightly tied, well-balanced, grey-green frost, oily and fragrant. Because its strip line is slender as the female show eyebrow named. The production of Chunmee in China is mainly in zhejiang, anhui and jiangxi provinces. It is the tea category with the widest production area, the highest output, the most stable sales area and the most common consumption in China.

Chunmee has special quality and health function, its effect is like rhinoceros horn. Chunmee is one of the traditional Chinese tea exports more than 80 countries and regions in the international tea market. 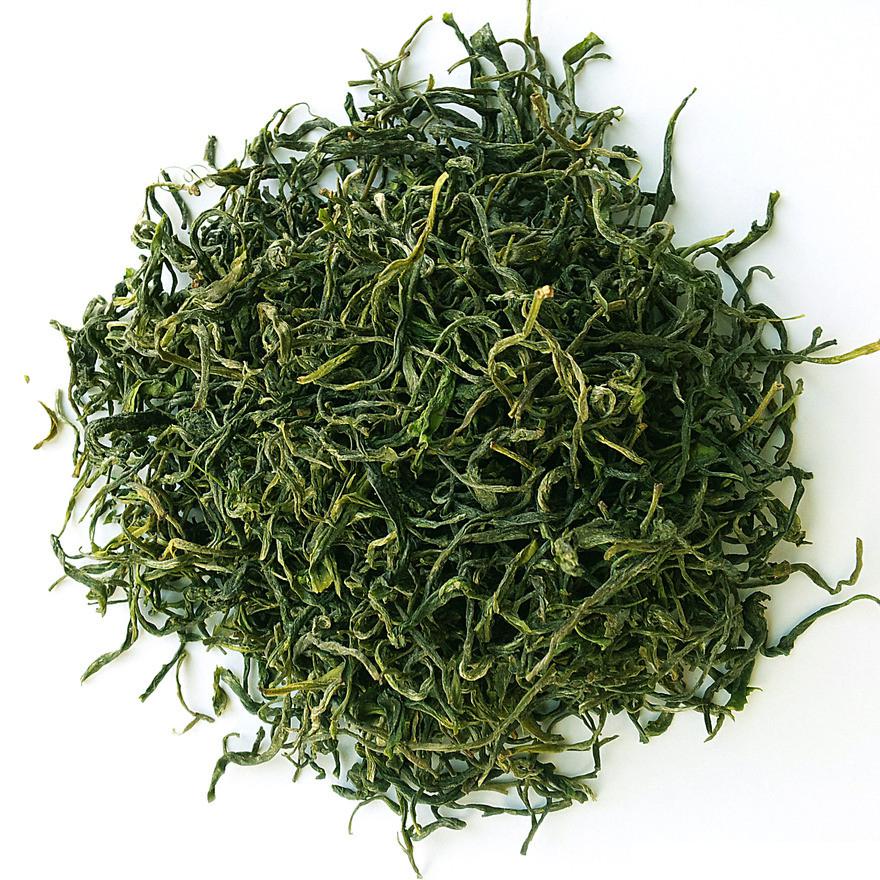