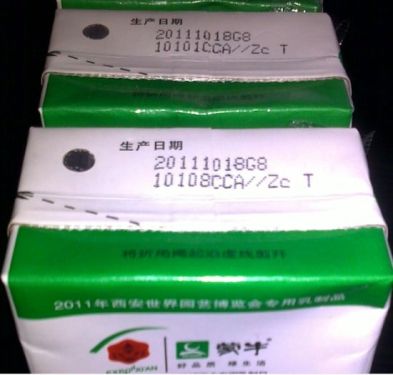 Core Tip: When apologizing becomes a mantra for perfunctory public opinions, we only have deep doubts in our hearts that this once-renowned ethnic dairy company is pushing itself into a desperate situation in a more bizarre manner.

In the 21st Century Internet News, we resolutely no longer believed in tears. With the introduction of a new national standard for dairy products, China's dairy industry, which has just entered the recovery phase, has fallen. The Mengniu dairy industry has undoubtedly become a black spot in the industry. In 2008, Mengniu confessed to the public for the production of melamine-containing infant milk powder, and shed tears of sympathy for protecting the weak dairy farmers. In 2010, Mengniu vilified his competitor and, with the exception of the Tromso OMP, Mengniu once again apologized and "dipped his head down to dust." In 2011, pure milk aflatoxin exceeded 140% and Mengniu had no way to return. Every time Mengniu honestly admits mistakes, each time it shatters consumer trust. When apologizing became the mantra of perfunctory public opinions, we only had deep doubts in our minds that this once-renowned ethnic milk enterprise was pushing itself into a desperate situation in a more bizarre manner.

Every apology has an accident behind it; every apology causes consumers to despair of Chinese dairy products. Compared with the two public apologies, we can hardly feel the "seriousness" of the milk enterprises. If the apology is useful and not condemned, the quality issue will not be repeated again and again.

On the 27th of the "probability incident," consumers finally saw the high-level statement of the Mengniu Group on the aflatoxin event. â€œThe occurrence of exceeding of aflatoxin is only a small probability event and is caused by the negligence of quality inspection.â€ Lu Jianjun, vice president of Mengniu, told domestic media that â€œthe batch of products was sampled on October 18th and 19th, but also In the process of self-inspection, it found that it exceeded the standard, so it did not leave the factory." (According to the Beijing News, December 27)

Although Mengniu declared that the problem milk did not flow into the market, some consumers suspected that they had bought the batch of milk produced by the Meishan plant on October 18th. In the early morning of the 26th, in Nanchong City, Sichuan Province, 377 kilometers from Meishan, a consumer posted that he had bought the Mengniu problem milk and said that â€œa box of milk has been consumed by my child and only 5 boxes have been leftâ€.

The photograph provided by the consumer shows the production date and production lot number on the milk box as â€œ20111018â€ and â€œG810101CCA//Zc Tâ€, respectively. According to a person in charge of the Meishan Quality Supervision Bureau, the production date and batch number of the problem milk are â€œ20111018â€ and â€œG810101DFA//Zc Tâ€. (The DFA in the production batch number represents the number of raw milk storage tanks, semi-finished product storage tanks, and the use of semi-finished product storage tanks respectively.) From the two different batches of products, the last code "T" represents the Meishan plant number. Products, but this can only represent the above-mentioned consumers bought the same day of the product, not necessarily the same batch with the problem milk.

Prior to this, the National Food Quality Inspection Center spot-checked 25 batches of products of Mengniu's 11 provinces (districts) manufacturing enterprises, but did not disclose the specific batches sampled at the Meishan plant. Among the other milk produced at the Meishan plant on October 18, was it The same problem of aflatoxin exceeds the standard, which also becomes a question in the minds of consumers. The person in charge of the Meishan Quality Supervision Bureau said to the media cautiously, â€œAlthough the batch number and the problem milk are not the same, we can't really tell whether the milk the consumer bought is problematic. We recommend consulting with Mengniu.â€ In response, Mengniu spoke Lu Jianjun insisted: "The milk and problem milk that consumers buy are not a batch and the quality is safe."

Obviously, the quality issue was attributed to the deterioration of feed, which lasted for two months and remained "undiscovered". It also accused the Meishan factory quality inspectors of their mistakes and could not extinguish the doubts of the consumers. In a short span of ten years, Mengniu has more than 10 billion yuan in total assets. It has established more than 20 production bases throughout the country, and its dairy products have an annual production capacity of 6 million tons. It has become a leading nationwide milk enterprise on the grassland. The quality problem of the Meishan factory is only a microcosm of Mengniu's dozens of production bases across the country. However, it can be seen from the perspective of management. If Mengniu's account of the public continues to be unclear, does our confidence in the revitalization of China's dairy industry come from?

Apologies sincerity in the cooling down of Mengniu's 25 batches of products nationwide belonging to a certain batch of products Meishan M1 exceeds the standard, Mengniu Group issued two statements on the company website, saying that "Mengniu Group once again to the vast number of consumers sincerely "Apologize!" "In the future, we will carry out stricter and meticulous implementation of the quality and testing standards of the country and the company. We will ensure good quality at every stage." However, why is the aflatoxin M1 exceeding its standard? Why did the results of the October inspection come out recently? The company did not explain it positively.

Compared to the 2008 2008 Mengniu apology for the melamine tears, â€œthe promise of recalling all infant milk powder that was not qualified, and the resulting illness is responsible for the disease within five yearsâ€ is sincere. This time the public apparently felt that Mengniuâ€™s Sincerity is cooling down. On the 27th, Mengniu reprinted Xinhua.com's report on the official website, saying that "the inspection results announced in October are not controllable by Mengniu, but rather the process of the national quality inspection department." Mengniu Dairy's largest shareholder, chairman of COFCO Ning Gaoning Responding to the complaint, "The feed is moldy, Mengniu is indeed responsible, and the company needs to reflect on it."

As early as November, experts involved in formulating new national standards for dairy products revealed that the draft of the new national standard was drafted by industry giants Mengniu, Yili, Guangming Group, etc., becoming a controversial episode in the industry. The real challenge facing the Chinese ethnic dairy enterprises is not how to get rid of the infamous name of establishing a new national standard for the dairy industry. Instead, it balances the situation of China's free-range milk source and raises the level of backward farming, so that it can work in line with international advanced standards.